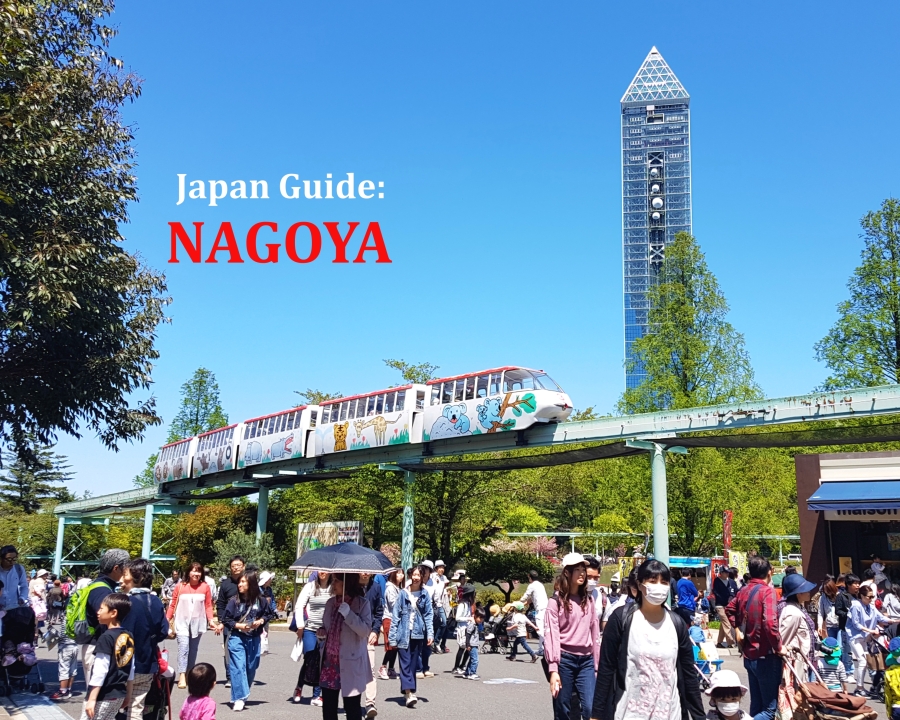 Situated in the middle of Tokyo and Osaka, Nagoya makes a good stopover on the way to either of the two major Japanese destinations. With the Shinkansen, Nagoya is less than 3 hours away from Tokyo and less than 2 hours from Osaka, and will take you the same time as the latter from Kyoto to Nagoya by bus.

But what’s with Nagoya to make you want to include it on your itinerary?

It’s relatively less crowded than the major cities, but still offers the kind of attractions travelers will want to see: temples, a castle, shopping, an amusement park (Legoland), museums (Toyota and railway museums are the most popular), an aquarium, and its own culinary tradition (breakfast is a big thing in Nagoya!).

If you don’t have more than a day to spend, Nagoya offers the Me-guru Bus to take you to many of the major tourist spots from mid-morning to late afternoon. If you have three to four days to spare, you can make the out-of-town journey to Shirakawa-go (a UNESCO World Heritage Site) and Takayama along Japan’s old trade route (both in 1 day); or during winter/spring, the famed Tateyama Kurobe Alpine Route.

Here’s a three-day itinerary we did during this summer in Nagoya:

From our accommodation, we took the train to Nagoya Station where the Me-guru bus begins at 9:30 a.m. (See schedule here) The all-day pass costs Y500 and you can purchase the ticket from the bus driver.

The first stop from Nagoya Station is the Toyota Commemorative Museum of Industry and Technology, a former manufacturing facility of Toyota.

Remember to show your Me-guru all-day pass ticket to avail of the discount to the museum and all other succeeding attractions. You will likely spend 2 hours around the vast Toyota facility.

Our next stop was Nagoya Castle, and here we took our lunch. Spend 2-3 hours strolling the castle grounds, the castle and the newly built replica of the palace.

(NEW) Nagoya Castle has recently unveiled the Hommaru Palace, an important edifice within its grounds that took a decade to restore. Originally built in 1615, the Hommaru Palace followed the classical Shoin-zukuri samurai-styled residential architecture. It was intended to be the residence of the ruler of then Owari province.

Partially destroyed during the air raids of 1945 in the Second World War, restoration of the palace began in 2009. Replication of the original interior was done meticulously, analyzing details from pre-war artwork and style.

Entrance fee to the Hommaru Palace is Y500.

After lunch, we hopped on back to the Me-guru bus and proceeded to Tokugawa Art Museum and Tokugawa-en Garden. We skipped the art gallery and spent our afternoon at the garden, which used to form part of the residence of the Tokugawa clan as early as the 17th century.

Our last stop was Nagoya TV Tower and Oasis 21, a mixed use development.

We began the day at the Nagoya Fish Market. Visiting fish markets in Japan and South Korea is always a sight to see. Nagoya’s market was smaller and not much of a tourist area, but restaurants around it offer travelers a glimpse of local seafood cuisine.

We took our breakfast in Osu, the famed covered shopping street near Osu Kannon Temple. The district’s shops opens at 10 a.m., and it gets easily filled with tourists looking for a bargain.

In the afternoon, we visited Aeon Mall Atsuta for more shopping. The mall is fairly accessible from Kanayama, one of Nagoya’s main stations. Aeon offers a free bus shuttle to and from this station. (Read this article on how maximize your shopping budget in Nagoya.)

We strolled around Higashiyama Zoo and the nearby botanical garden for the whole morning of Day 3. With an entrance fee of Y500, the zoo was filled with the locals who have made it their destination for weekend picnics and bonding with the kids. The zoo is host to lions, koalas, elephants, tigers and polar bears, among others.

Adjacent to the zoo is a large botanical garden.

After lunch, we took the train to Atsuta Shrine. If you’re familiar with the Meiji Shrine in Tokyo, Atsuta resembles a similar format. It’s a great place to reflect and to see an authentic Japanese wedding taking place.

OTHER PLACES TO GO:

READ NEXT: 5 Ways We Saved Money & Time in Nagoya

SIDE TRIPS OUTSIDE NAGOYA:

READ NEXT: 10 essential travel tips before your next trip to Kota Kinabalu in Sabah, Malaysia

Workalife (a play of “work-life balance”) documents our trips, of contributors and friends. We feature stories and itineraries in many of the hottest and also unbeknownst destinations around the world. More about us here